Following the announcement in March that several titles would be delayed due to the global health crisis, The Walt Disney Studios announced updates to its upcoming release schedule. Disney’s Mulan is now slated to open on July 24, 2020, with Disney’s Jungle Cruise moving to July 30, 2021; while Marvel Studios’ Black Widow will arrive in theaters on November 6, 2020, with The Eternals moving to February 12, 2021.

The Walt Disney Studios also announced today that it will debut its new live-action feature film Artemis Fowl exclusively on Disney+. The release date will be announced soon.

“With audiences largely unable to attend theatres in the current environment, we are thrilled to offer the premiere of Artemis Fowl on Disney+,” said Ricky Strauss, president, Content & Marketing, Disney+. “Director Kenneth Branagh and his spectacular cast take viewers right into the vibrant fantasy world of the beloved book, which fans have been waiting to see brought to life onscreen for years. It’s great family entertainment that is the perfect addition to Disney+’s summer lineup.”

Below is the updated release schedule through 2022, beginning with Disney and Pixar’s Soul, opening June 19, 2020:

Shang Chi and the Legend of the Ten Rings (Marvel Studios)—May 7, 2021

Doctor Strange in the Multiverse of Madness (Marvel Studios)—November 5, 2021 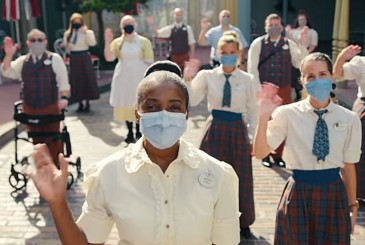 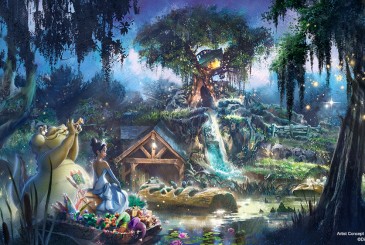 Splash Mountain in Magic Kingdom Park at Walt Disney World Resort in Lake Buena Vista, Fla., will soon be completely reimagined, inspired by the animated Disney film “The Princess and the...

Onward is now available on Disney Plus with Hidden Secrets

Imagineering in a Box - Free online lessons by Disney Imagineers